Cricketer Virat Kohli and his wife, actor-producer Anushka Sharma, have rented a flat for Rs 2.76 lakh a month in Mumbai’s Juhu. The flat on the fourth floor of High Tide building comes with a sea view due to its proximity to the Juhu shoreline.
According to the leave and licence agreement copy accessed by Zapkey.com, a platform that aggregates publicly available property registration data, Kohli paid a deposit of Rs 7.50 lakh for the 1,650 sq ft flat. The deal was reportedly finalised on October 17. (Read More)
A long traffic jam is reported due accident between two containers at Amra marg (Uran to Mumbai road ) Belapur in Navi Mumbai on Tuesday.
Rahul Gandhi’s Bharat Jodo Yatra entered Madhya Pradesh from Buldhana in Maharashtra, on Wednesday. The Yatra had resumed after a gap of two days. It will cover 7 districts in MP in next 11 days. 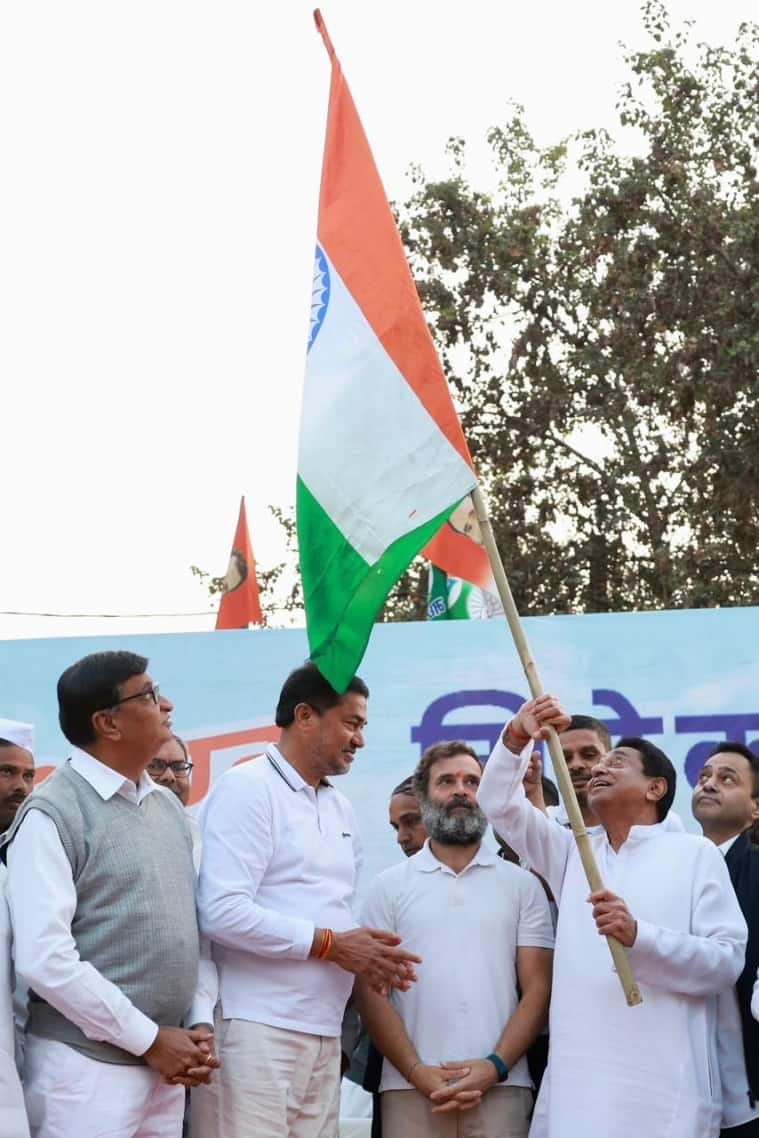 Two patients have died due to measles in Bhiwandi city. After this, it appears that the Bhiwandi administration has become alert. Vaccination is being done at various places in the city by the Bhiwandi administration. Health workers are going door to door asking about unvaccinated children and giving measles vaccines to children.
The world’s largest aircraft, the Airbus Beluga, landed at the Chhatrapati Shivaji Maharaj International Airport in Mumbai on Tuesday evening, leaving passengers awestruck. This is the Super Transporter’s first appearance at the Mumbai airport. (Read More)
#WATCH | World’s largest aircraft Airbus #Beluga lands at #Mumbaiairport

A 30-year-old PhD student died after setting himself ablaze and trying to kill a woman for allegedly turning down his marriage proposal at Government Institute of Science (GIS) in Aurangabad Monday afternoon, the police said.
The deceased was identified as Gajanan Munde. According to the police, he followed the woman to the college where he set himself on fire and hugged the woman in a bid to kill her. The Osmanpura police registered a case against Munde. (Read More)
THOSE WHO are registered voters in Gujarat but are residing or visiting Maharashtra will get paid holidays or sufficient time off work on December 1 and December 5 to enable them to vote for the Gujarat Assembly polls.
In a Government Resolution (GR) issued last week, the state industries, energy and labour department directed all private and government organisations, multinational companies, businesses and industries to provide paid leave for employees, who are registered voters in Gujarat, on the two voting days. (Read More)
IN APRIL last year, Nagesh Vishwas Unde, a daily-wage labourer in Maharashtra’s Ahmednagar, died of Covid-19. With the family’s only earning member gone, Unde’s wife was forced to take up work as a farm labourer to ensure her children stayed on in school and college.
“I am in my second year of BCom and my 16-year-old sister is in Class 10. My father couldn’t study, but he wanted us to complete our education. After his death, my mother was forced to find work,” says Unde’s son Rohan.
After two years of the pandemic, as the Covid curve flattens across the country, data from the Women and Child Development (WCD) Department in Maharashtra shows that for every child in the state who lost her mother to the novel coronavirus infection, nine lost their fathers. (Read More)

Maharashtra is all set to implement the ‘Kerala Pattern’ in school education from the next academic year. This will bring exams back to schools at regular intervals from Class III onwards, followed by remedial teaching and re-exams to gauge the students’ development. Other changes will include focus on holistic development of children by providing exposure and opportunities to grow in extra-curricular activities such as sports and cultural activities, among others.
Maharashtra School Education Minister Deepak Kesarkar shared the plan while speaking to the media on Tuesday. “Holding exams does not mean there will be any failure in schools. That may lead to children dropping out of schools. But exams at regular intervals will ensure accountability through evaluation of students,” said Kesarkar. He was referring to the no-failure policy prescribed by the Right To Education (RTE) Act.
Calling open manholes in Mumbai “death traps”, the Bombay High Court on Tuesday directed the BMC to take immediate steps cover them.
Chief Justice Dipankar Datta and Justice Abhay Ahuja were hearing a contempt petition filed by a lawyer Ruju Thakker, alleging that BMC had failed to implement HC orders of February and April 2018, which directed that potholes on all arterial roads be repaired and a uniform mechanism be set up to redress residents’ grievances.